COVID: Meeting at the building suspended until January 9, 2022

West Side Church of Christ

Our congregation is dedicated to worshipping God in spirit and in truth as closely as we can ascertain from the New Testament. We search the scriptures for guidance and authority on how we ought to live our lives in order to be pleasing to God.

To learn more about us, or to get in touch with us — stop by in person or send us an email at: 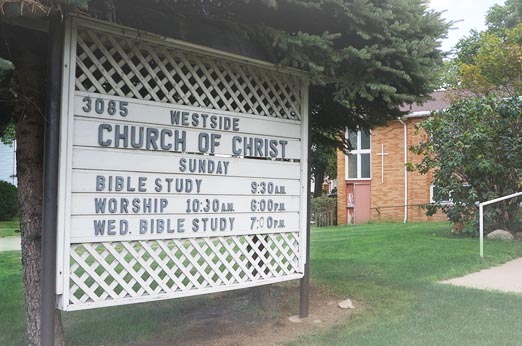 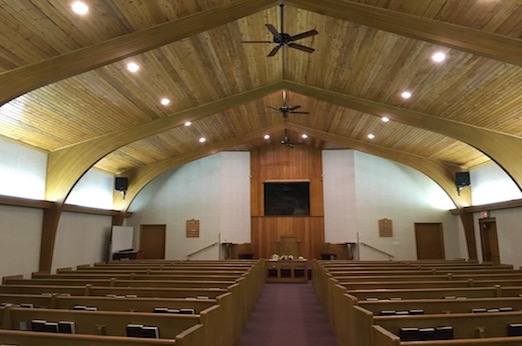 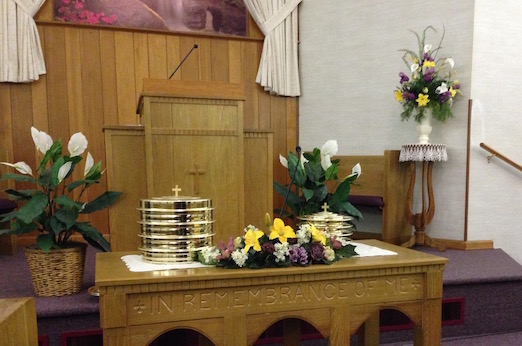 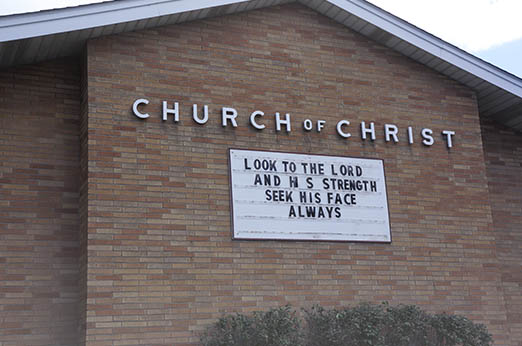 The Messiah Would Be A Priest!

We are told the Christ would be a King. God calls His Son God and then sets Him above his companions by anointing Him with oil, making Him King. Psa 45:6,7

In addition to being a King, the Messiah would also be a priest, but not in the order of Aaron.

The Former Law Was Weak, Useless

The former law had flawed priests who were unable to make the worshipper perfect because the law made nothing perfect. However, the perfected Messiah, as our great high priest was made our remedy with an oath (from God). Because of this oath He can guarantee a better hope and since He lives forever, he has a permanent priesthood. Heb 7:18-24,28

A new priest, a new law, a good thing!

Christianity Under Assault
What Did Jesus Say?

"Haven't you read that God from the beginning made them male and female, and said, 'For this cause a man shall leave his father and mother, and shall join to his wife; and the two shall become one flesh?' So that they are no more two, but one flesh. What therefore God has joined together, don't let man tear apart." Matthew 19:4-6; Mark 10:6-9 (WEB).

According to Jesus there are two genders male and female and in marriage a man shall join his wife.

What does the Bible Say?

1 Corinthians 6:9-11 (WEB) 9 Or don't you know that the unrighteous will not inherit the Kingdom of God? Don't be deceived. Neither the sexually immoral, nor idolaters, nor adulterers, nor male prostitutes, nor homosexuals, 10 nor thieves, nor covetous, nor drunkards, nor slanderers, nor extortioners, will inherit the Kingdom of God. 11 Such were some of you, but you were washed. But you were sanctified. But you were justified in the name of the Lord Jesus, and in the Spirit of our God.

What Does Man Say?

Canadian pastors are warning that a new “conversion therapy” bill, just passed by parliament, will likely ban them from teaching that homosexuality and transgenderism are sins according to the Bible.

The bill, known as C-4, unanimously passed both the House of Commons and the Senate before receiving Royal Assent.
[it officially became law on Jan 8.]

Check out these links for more info:

It is God who reserves the right to declare what is right and wrong by right of creation, Isaiah 45:18-19.

Now more than ever we need to be out informing our neighbors of God's message. Jeremiah 7:1-34

Walk in the Light
Not in the Darkness, 1 John 1

The Christian & The Government

We are told to stand with the government because it is commanded. We are not to protest, riot, or speak evil of the leader of our people.

I am not here to talk against the government. I do care about the government passing bills that would allow God’s people to be persecuted because of truth?... the point is to show love toward those who are in sin and help lead them to Christ. By doing this we are saving a soul that is dead. It is not to condemn the government for its poor choice of thing to approve of.

...[T]he Lord... never once condemned the government of His day.... If we set our eyes on Christ, then we will be at peace in our tormented souls.

God is good, I love you all, in Christs name, Amen and amen. Kevin J.

Yet Some People Are Not Ashamed To Sin

I Write These Things
That You May Not Sin, 1 John 2